Measurement and Analysis of Unsteady State of Orifice Steam Flowmeter

Measurement and Analysis of Unsteady State of Orifice Steam Flowmeter

Q is mass flow, kg / s; C is the outflow coefficient; β is the ratio of pore diameter to pipe diameter (d / D); d is the equivalent pore diameter of the orifice, m; ε is the coefficient of steam expansion; D is the design pipe diameter, m; ΔP is the flowmeter pressure difference, Pa; ρ is the vapor density, kg / m3.

The maximum flow rate can be calculated by the following formula:

Usually, when the flowmeter manufacturer designs, the design flow value will be given according to the design working condition and structural parameters. In the process of use, the measurement signal obtained by the measurement and the temperature and pressure compensation parameters are compared and calculated to obtain the actual flow value, as shown in the following formula. Show:

When the actual parameters and design parameters change little, the steam flow calculation formula is:

There are many factors affecting the measurement results of the mass flowmeter, including the orifice plate structure, the pressure take-up form and the hole position, the flowmeter installation, the working medium, the accuracy of the differential pressure gauge, and the fluid physical property parameters corresponding to the working state. This paper focuses on several factors that may cause differences in steady-state and non-steady-state measurement states, such as outflow coefficient, expansion coefficient, steam temperature, pressure, and flow.

Fig.1 The variation of the outflow coefficient C with the Reynolds number Re

The coefficient of expansion is a correction for the change in density of the outflow coefficient in the compressible fluid. For orifice flowmeters, since the flowmeter expansion is both axial and radial, it is currently calculated according to empirical formulas. According to ISO 5167, the three pressure-receiving methods of the orifice plate adopt the same formula of the expansion coefficient, which is suitable for mediums such as air, steam and natural gas, as shown in the following formula:

The system diagram used in the steam flow meter is shown in Figure 2. In Figure 2, the steam enters the tank after passing through the orifice mass flow meter. The outer surface of the tank has annular ventilation, which can be used to cool the tank. The temperature and pressure compensation measuring points are arranged before and after the flow meter, and the real-time measurement results of the flow meter are collected and summarized. When the steam enters the tank, it will raise the pressure inside the tank and will condense in the tank. The condensed heat will be taken away by the outside of the tank. After the steam entering the tank is completely cooled, the condensed water can be drained from the lower outlet and weighed, and the weighing result is compared with the real-time measurement result of the flowmeter to verify the measurement accuracy of the mass flowmeter. During the experiment, as the steam enters the tank, the steam in the tank is difficult to completely condense in time, and the pressure will gradually increase, which will cause the steam state near the upstream flow meter to change accordingly, that is, the working state of the flowmeter is compared with the design value. Constantly changing, this change will gradually increase as the steam flow increases. 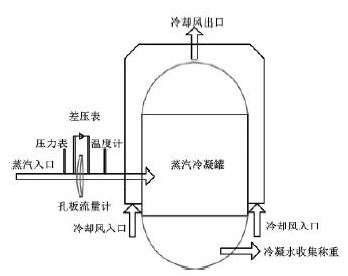 The parameters measured during the steam flow are obtained through experiments, and the general formula and the modified formula are used for corresponding calculation and processing to obtain the required data. Figure 3 shows the relationship between the coefficient of expansion and expansion before and after correction.

Figure 3 Steam expansion coefficient as a function of time

According to the working environment of the mass flowmeter whose working state changes, the possible influencing factors are analyzed, and the flowmeter correction calculation formula suitable for the unsteady state is obtained according to the different steady-state design results. The conclusions are as follows: (1) When the actual operating conditions When the deviation from the design conditions, the measurement accuracy of the mass flow meter will decrease; (2) When the steam mass flow rate is measured, the coefficient of expansion of the steam has a great influence on the measurement result; (3) the mass balance result indicates the corrected quality. The flow meter can be applied to steam measurement under variable working conditions, and the calculation accuracy is obviously improved.